Rules of the game

The game starts the second the treasure cards are handed out: each player receives five random treasure cards and places them face up in front, starting with the card that suits their personality best and ending with the one that is the least fitting.

As a player, this forces you to really look at yourself. Where most people are usually (meant to be) modest, you have to ascribe certain qualities to yourself here.

The first pile foundation of your positive self-image is inserted firmly into the ground!After every chore card you’ve completed, you pick a new treasure card. 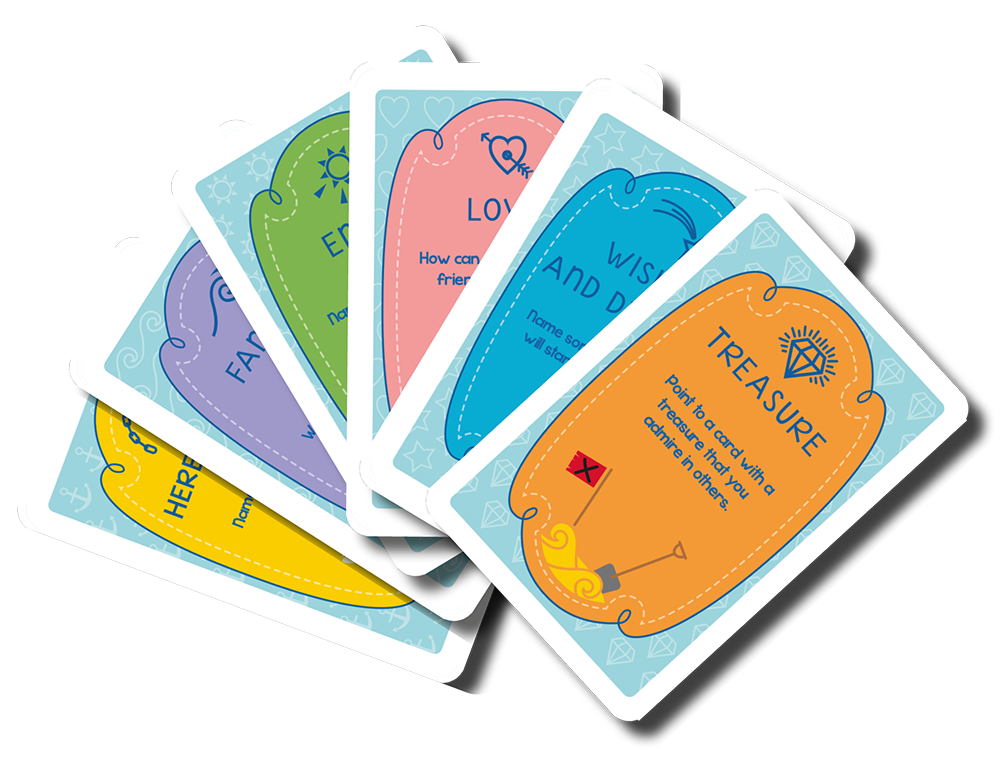 This happens with every turn of the game, and with every player. If you pick or receive a new treasure card, you get rid of the one that suits you less. In this way you collect the five treasure cards that describe you best. Curious how to play the whole game right? Then find all the rules of the game once again below.

Getting the rules right

In general, treasure cards with one key are suitable for young kids already. If a treasure card holds two keys, it is best understood by players aged nine and above. If needed, you can always make a pre-selection of age-appropriate treasure cards.

It is useful to have materials such as pencils, markers, pen, paper and possibly some empty stickers ready. You might need them for certain chores.

Treasure Hunters, What is it?